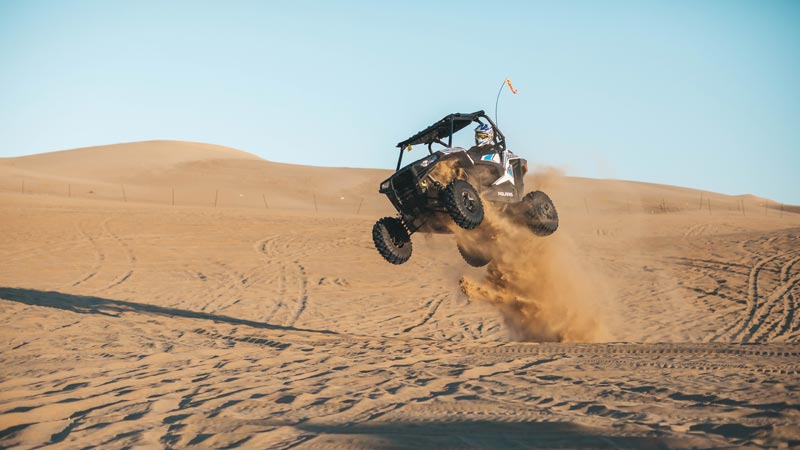 A lot of UTV owners I know are power junkies. Some will do whatever it takes or spend as much money as they need to get more power to the wheels. Luckily the aftermarket provides tons of options for getting more horsepower and torque out of your engine.

What are the benefits of a more powerful UTV?

More power is beneficial because it allows the engine to not work as hard. Sand or mud riding will really benefit from increased horsepower and torque. Both mud and sand put an increased load on your engine because it takes more effort to turn your tires in those conditions. If you run paddle tires or aggressive mud tires in their respective conditions they will also rob your engine of power.

Its not just mud and sand riding conditions that can benefit from more power. Even regular dirt riding can be more fun with added power. Who doesn’t want to break the tires loose with ease when sliding around dirt roads?

When looking to produce more power from your Side-by-Side’s engine there are many ways to go about it. Below are all the options to do so.

How to get more power out of your UTV

The working of an engine can be simplified to basically a large air pump. The more efficiently an engine can “pump” air and fuel the more power it can make. An easy way to do this is by reducing any restrictions in air flow into the engine. A high flow filter can improve this efficiency, therefore making more power.

The balance is finding a filter that flows as much as possible while still providing good filtration. A high flow air filter that lets dirt and dust into your engine doesn’t do any good. It’s important to choose a quality filter and to follow the directions for cleaning and maintaining it to ensure long engine life.

A dirty filter can reduce air flow and therefore power. Clean or replace it to restore life to your engine.

On it’s own an air filter can improve throttle response. Just don’t expect major gains in power from just an air filter on your UTV.

Using the air pump metaphor above, an engine that can remove its exhaust gases easier and with less restriction will breathe better and produce more power. The easier it is for your engine to get that exhaust out of the cylinder head the better.

Performance Side-by-Side exhausts come in single or dual systems depending on the exhaust brand and model of the Side-by-Side.

Aftermarket exhausts will make your machine louder so it’s important to make sure the system you buy doesn’t exceed sound restrictions for the area you ride in. This is measured in decibels and the exhaust manufacture should provide you with this number.

When choosing an exhaust another important consideration is a USFS approved spark arrestor. A spark arrestor prevents sparks from exiting the exhaust system potentially starting a fire. State laws differ on the requirements of these but if you ride in an area with vegetation its a good idea to have one.

ECU tuners work by plugging into your UTVs electrical system and adjusting things like the rev limiter, top speed limiter and higher boost pressure on turbo models. Some change the temperature at which the radiator fan turns on and off, keeping the engine cooler.

Additionally a tuner can adjust ignition timing and the fuel curve to advance the timing and change how much fuel is delivered at different RPMs. This can really improve acceleration and throttle response. 91 or higher octane is usually required with an ECU tuner, especially if it changes the timing curve.

Some tuners are fairly generic and will work with most engine configurations while others are designed to work with specific mods to get the best results.

ECU tuners are plug and play and one of the easiest mods to perform on this list.

Performance camshafts work by changing the duration and lift of the valves in the cylinder head. This allows more air flow thought the engine. Cams work great when combined with other engine modifications like a performance exhaust, tuner, cylinder head porting and clutch kit.

SEE ALSO: Our Favorite Tools and Safety Gear for your UTV

A lot of camshafts come in stages such stage 1, stage 2, stage 3. This is to indicate the aggressiveness or power increase it provides. A stage 1 cam will be mild and provide a power increase to the bottom end of the rpm range while a stage 3 is designed to give a larger improvement focused on the top end. While a stage 2 would in the middle. A stage 3 cam would be used for racing or high revving applications.

Porting of the cylinder head is when the ports which flow air in and out of the head are ground or polished to improve ease of air flow. The easier it is air to enter and exit and engine the more power can be made.

This is done by hand and requires immense skill by the technician performing the port job because grinding too much or in the wrong spots can make the engine run worse or even ruin the head.

For this modification your cylinder head is sent off to a company where they do the porting then send the head back to you.

A big bore kit increases the displacement of the engine by increasing the bore of the cylinders and using larger pistons.

For these kits you buy a set of cylinders and pistons and you send your old set to the company for a core refund where they give you money back for sending your set in.

This modification works well with other internal engine improvements like cylinder porting and a performance cam.

While a clutch kit doesn’t affect your engine’s power it can get more power to the wheels but reducing inefficiencies in the stock clutch.

When you ride in mud, sand, at high elevation or add more power to your Side-by-Side you will experience limitations with the stock clutch. In stock form it is designed to meet the needs of the average driver and to perform well in most common settings. Once you move outside of the “average” your clutch can be tuned to work much better.

Clutch kits usually include new springs and weights to adjust when and how quickly the clutch adjusts itself. The speed and point which it adjusts is determined by many factors. For this reason clutch kits are very specific to engine modifications, riding conditions and riding style.

A clutch kit can provide the following improvements:

Instead of piecing everything mentioned above together. Some companies offer full performance kits that include most of the items listed above. These usually run $3000 or more but the pieces are hand selected to make sure everything works together perfectly.

If you are looking for a lot of power and want a professionally assembled kit that includes most of the items mentioned above a complete high performance engine kit is the way to go.

When it comes to making big horsepower turbos and supercharger are the way to go. For instance the GYTR turbo kit for the Yamaha YXZ1000R adds a 60% improvement in power! Thats a massive gain.

The Polaris RZR factory turbo models have about 50HP more than their naturally aspirated counterparts.

The Packard Performance supercharger kit for the Yamaha YXZ1000R makes an impressive 50HP over a stock engine.

Clearly forced induction is the way to go when maximum power output is the goal.

How does a turbocharger or supercharger work on a UTV?

Turbochargers and superchargers work by forcing more air into the engine. A naturally aspirated engine uses vacuum to draw air in. Forced induction engines (turbo or supercharger) pressurize the intake, greatly increasing the air drawn into the engine.

A turbocharger uses spent exhaust gases to spin a turbine to force more air into the intake system. Whereas a supercharger uses a pulley driven by the crankshaft to drive an impeller to pressurize the intake.

While being capable of adding immense power, forced induction isn’t without its draw backs.

First, a UTV turbo or supercharger kit costs upwards of $4000 and requires careful installation. If you aren’t experienced wrenching on your vehicles this isn’t the kind of project to get started with.

Running too much boost (by forcing too much air) into an engine can destroy it. That increased pressure puts more stress on the engine and a stock engine can only handle so much.

Similarly forced induction requires high octane fuel. With most kits needing 93 octane and some recommending race gas. Running too low of an octane will cause damage to the engine.

There are plenty of ways to get more engine performance out of your UTV. From a simple air filter or exhaust change all the way to a turbo installation. When installed together these performance enhancers can really wake up an engine. All the items above can help make your UTV faster, more fun and powerful by improving acceleration and top speed.

Honda has long had a reputation for quality and reliability. Go to any ATV park around the country and there’s… 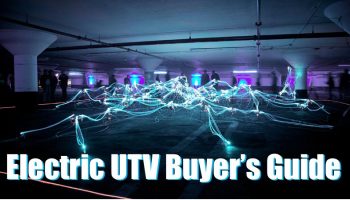 In 2004, Yamaha changed the rules for the side-by-side market with the introduction of their Rhino 450 and 660 model…